On 20th December, 20 The Barons will celebrate its first birthday, and The Baron is inviting all guests to join us in a complimentary bottle of his favourite ‘bolly’. Here The Baron muses on how Champagne became famous. Fizz is always to the forefront at The Barons, but it’s only in the last 150 years that the exuberance of popping cork and flowing mousse have become the ubiquitous symbols of celebration. It was not until the early 1800s that the mastering of the methode champenoise saw the widespread production of sparkling wines in the Champagne region; and only in the 1850s did manufacturers begin producing the dry Champagnes that seduced the British palette. As the Champagne became drier, life became sweeter, and after 1880 a syndicate of producers drove one of the great advertising campaigns to promote Champagne as the symbol of the Belle Époque. Champagne was portrayed as an aristocratic drink, but one that the expanding middle classes could enjoy on special occasions: not merely aspirated but aspirational. In London in 1866, music hall star George Leybourne wrote the hit song Champagne Charlie and established one of the first celebrity endorsements, drinking nothing but Champagne in public. In 1882, British author Henry Vizetelly noted in A History of Champagne: “We cannot open a railway, launch a vessel, inaugurate a public edifice, start a newspaper, entertain a distinguished foreigner, invite a leading politician to favour us with his views on things in general, celebrate an anniversary, or specially appeal on behalf of a benevolent institution without a banquet, and hence without the aid of Champagne, which, at the present day, is the obligatory adjunct of all such repasts.” Artists such as Alphonse Mucha, Henri Toulouse-Lautrec and Pierre Bonnard created glamorous Art Nouveau posters. Champagne became de rigeur at weddings and christenings; and then at the christening of ships and airplanes. In 1902, Moët & Chandon became the toast of the newspapers when they replaced a bottle of German sparkling wine with one of their own for the launching in New York of the German emperor’s yacht, Meteor. Champagne was quaffed by Hollywood heartthrobs and leading ladies in numerous movies and cracked open to celebrate sporting success, a tradition that has continued to this day. The Baron will tell anyone who will listen that he shares his weakness for Bollinger with James Bond, who quaffs its prestige cuvées in the majority of his films. Bollinger is also the official champagne of England Rugby, so The Baron has regularly sampled their hospitality just up the road at Twickenham. Perhaps then, we should leave the last word on Champagne to Lily Bollinger: “I drink it when I’m happy and when I’m sad. Sometimes I drink it when I’m alone. When I have company I consider it obligatory. I trifle with it if I’m not hungry and drink it when I am. Otherwise I never touch it… unless I’m thirsty.” 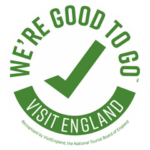 We are demonstrating that we adhere to respective Government and public health guidance and have carried out a COVID-19 risk assessment and checked that we have the required processes in place.